Some little frogs took the place of the trains on this Mexican Train... 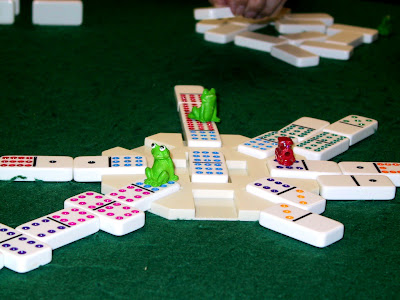 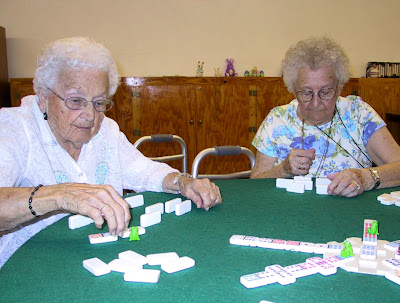 Bobbi Shelton and Alma Grote concentrating on the next move for Mexian Dominoes. 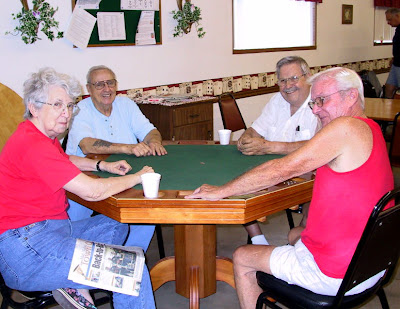 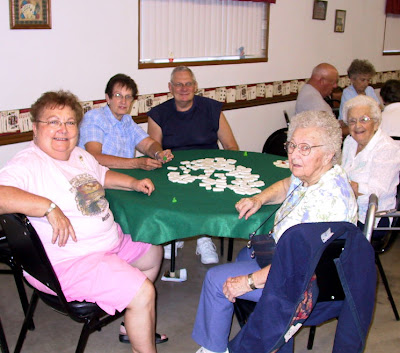 And around the Jokers and Peg table is Bob Clark, Paula Kinard, Ruth Elliott, Dottie Olson, Lloyd Walker and Mary Casey.
Everyone had a great time taking the opportunity for chuckles and casual conversation.
Posted by Phyllis and Dick Connett at 3:27 PM