A Note from Marie Johnk

Maarie Johnk is in the hospital and wants to thank everyone for sending her cards and good wishes. It means a lot to hear from friends at Leisure World.
Cards can be sent to her at her home address in Iowa.
Posted by Anonymous at 9:07 AM No comments:

A Mysterious and Special Place


La Sal del Rey -  a unique place in Edinburg also known as The King's Salt.  If you like to walk (or ride your bike) you'll enjoy the adventure of the one mile hike each way to view the salt lake which includes about four million tons of salt and was once part of an extinct island sea.  The lake has a circumference of five miles, is a mile long, and normally ranges from two to four feet in depth.  It may dry out completely, or, if much rainfall, be more than ten feet deep.  The bed consists of rock-crystal salt.  Does not connect with any other body of water. If you would throw something into the lake, it can be recovered a day or two later encrusted in sparkling crystals. 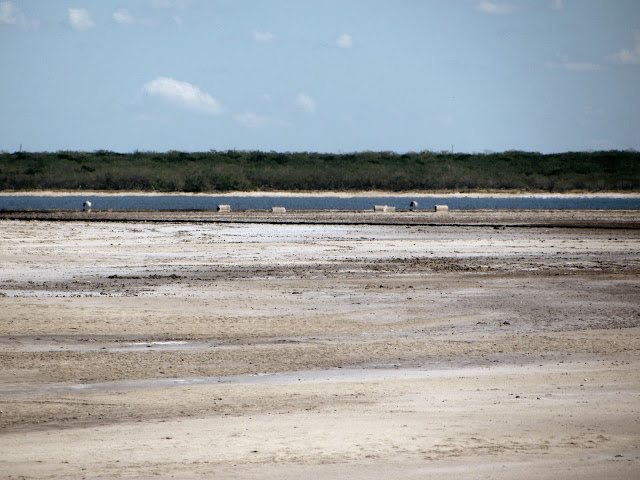 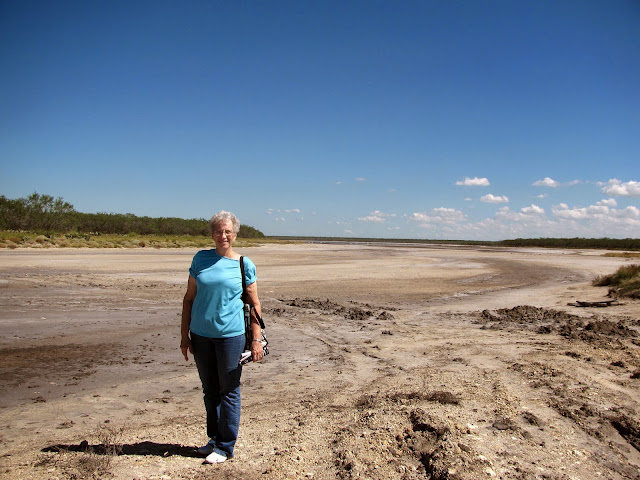 This part was dried up for now, but in the background you could see the water. 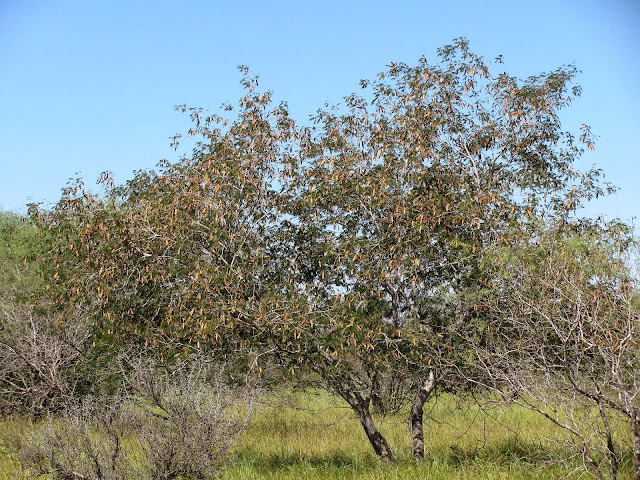 Along the path, you can view different types of trees (this being a bean tree). 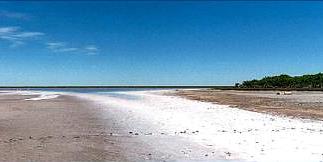 Sitting over a solid dome of salt estimated at 4 million tons. Exactly how the massive salt deposit originally formed remains unknown, but it is probably a remnant of an ancient seabed. With salt crystals that are 99 percent pure sodium chloride, the lake can be 10 times saltier than seawater. Salt blocks removed from any spot in the lake are quickly replenished, often in two or three days.

Even though the walk might be tiring to some, Dick and Phyllis felt it was a worthwhile adventure to see.
Posted by Phyllis and Dick Connett at 2:32 PM No comments:

The bargain hunters were out in force early this morning as the Leisure World vendors staffed their sales tables on their patios. I got out a little late (about 9:45) but there was still a little bit of action going on.

Posted by Anonymous at 1:35 PM No comments:

Recent Train Out of Omaha

A few weeks back the Marriners were visiting the Meysenburgs at their home in Omaha. Since we had never been to Union Station, Knobby and Betty took us there 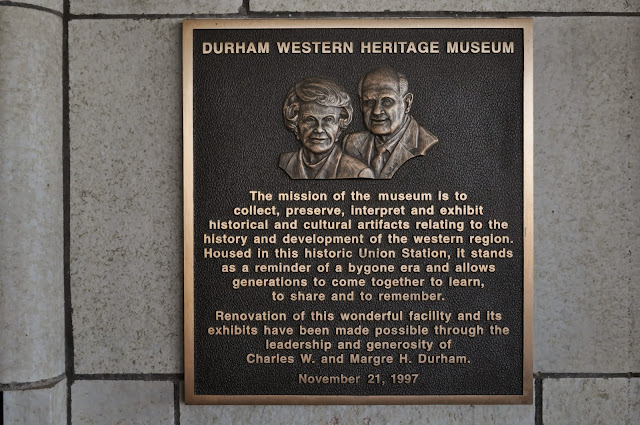 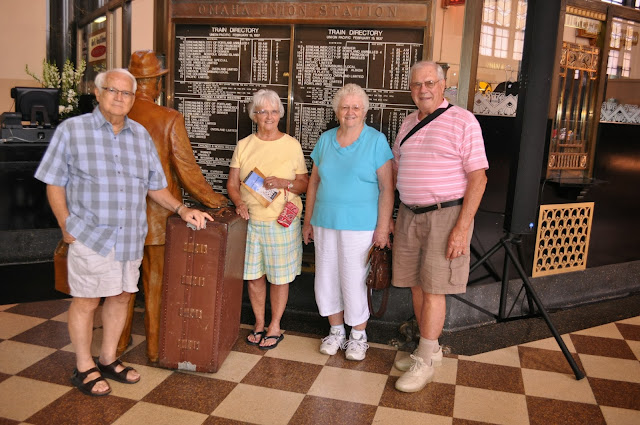 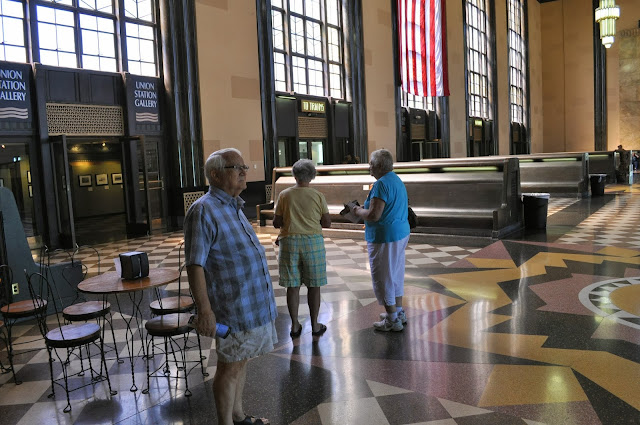 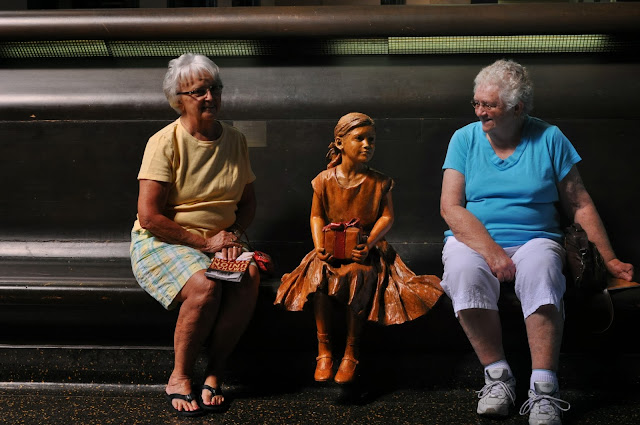 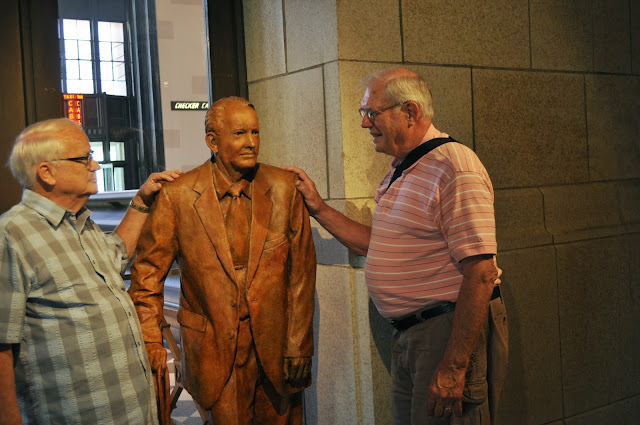 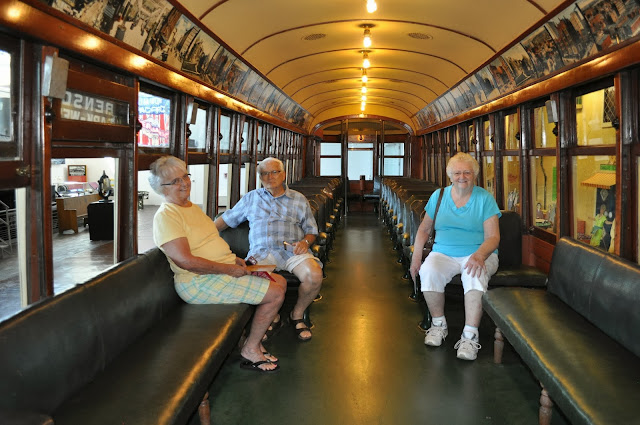 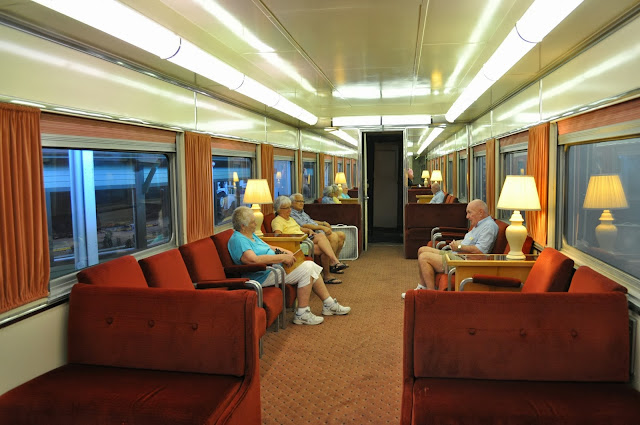 and taking in the History 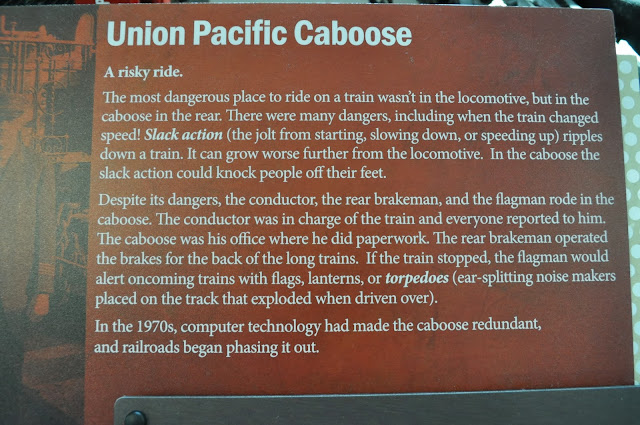 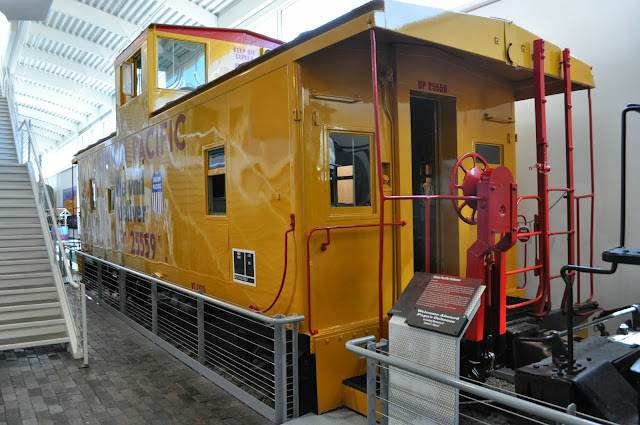 The End
Posted by Scotty & Shirley Marriner at 5:06 PM No comments:

I'd like to say thank you to my my friends in the park for the cards telephone calls and good wishes.   I am hoping to be able to come down later in the season.  So stay well everyone .   Marie  Johnk
Posted by Anonymous at 10:11 AM No comments:

Last Thursday evening 18 of us enjoyed a meal at the Red Lobster in McAllen. Everything was great as always and the same group of us seem to always have fun together, a lot of cutting up and laughter. I took a few pictures, but I only had my I phone with me, now that  phone takes good pictures, but these did not turn out well because I am starting to get a little shaky, to say the lest!!! everyone is starting to get a little sick of me coming with my camera, they are starting to show off their food, instead of there faces (Me included, I guess), Of course, their is Jim, who needs some companionship, or something, so he is picking on Mel......................And because of Jim, I did not get a picture of Darlene in there, she had no one to snuggle................ well see for yourself..... 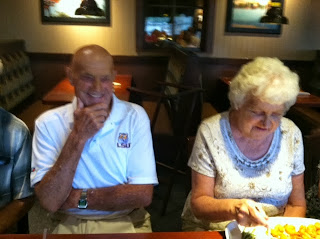 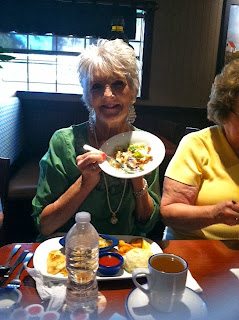 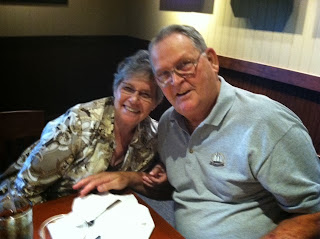 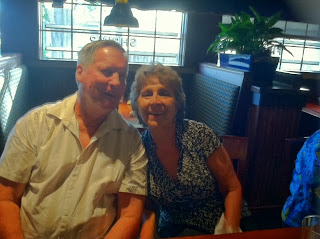 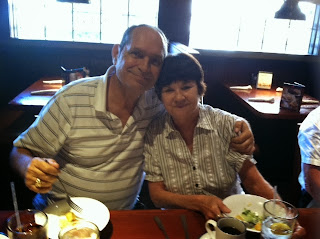 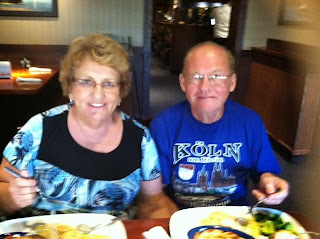 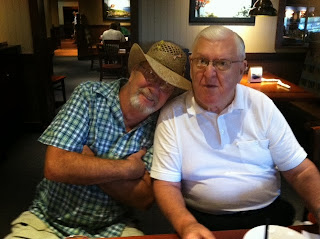 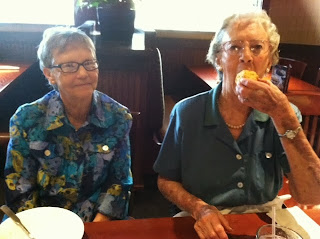 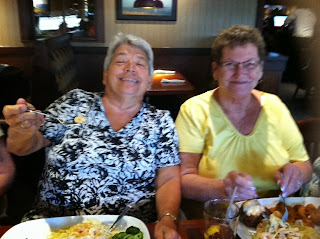 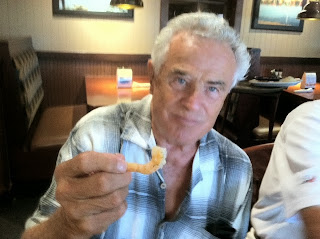